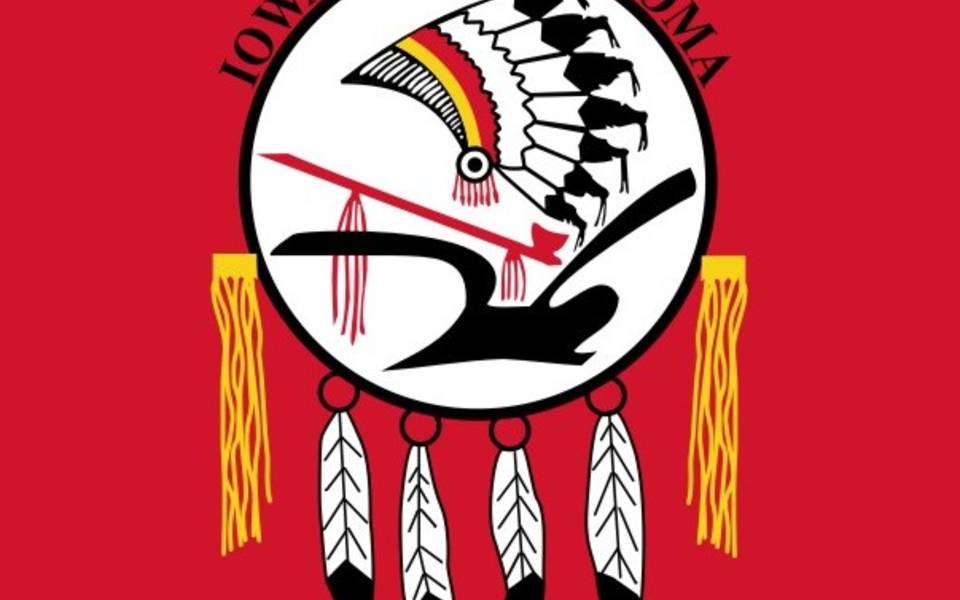 The native lands of the Iowas once encompassed an area of the Missouri and Mississippi River Valleys in what is presently Wisconsin, Iowa, Minnesota, Missouri, Kansas and Nebraska. However, the Iowa lived for the majority of their recorded history in what is now the state of Iowa. Originally a Woodland culture, due to their migration to the south and west, the Iowa also adopted elements of the Plains culture, resulting in a mixture of the two.
The Iowa tribe relocated many times during its history and for many years maintained a village near Council Bluffs, Iowa, abandoning it because of aggression by the Sioux and a desire to locate closer to French traders. Thereafter, the Iowa lived primarily near the Des Moines River on the Chariton/Grand River Basin. With encroachment of Euro-Americans into western lands, the Iowa Tribe ceded their lands in 1824 and were given two years in which to vacate. Additional lands were ceded in 1836 and 1838, and the tribe was removed to an area near the Kansas-Nebraska border.
This proud tribe who had once roamed over a six-state area, now found themselves confined to a strip of land only 10 miles wide and 20 miles long. Subsequent treaties would reduce their lands even further. Dissatisfaction with their conditions and treatment resulted in a number of Iowa tribal members leaving the Kansas-Nebraska reserve in 1878 and moving to Indian Territory in Oklahoma.
An 1883 executive order created an Iowa reservation in Indian Territory, but Iowas who wished to remain on the land near the Kansas-Nebraska border were allowed to do so. Today, the two are recognized as separate entities. The Northern Iowa are headquartered in White Cloud, Kan., while the Iowa Tribe of Oklahoma offices in Perkins, Okla. The Iowas hold an annual powwow in the summer and adhere to other selected practices of their Indian culture such as the Gourd Dance.