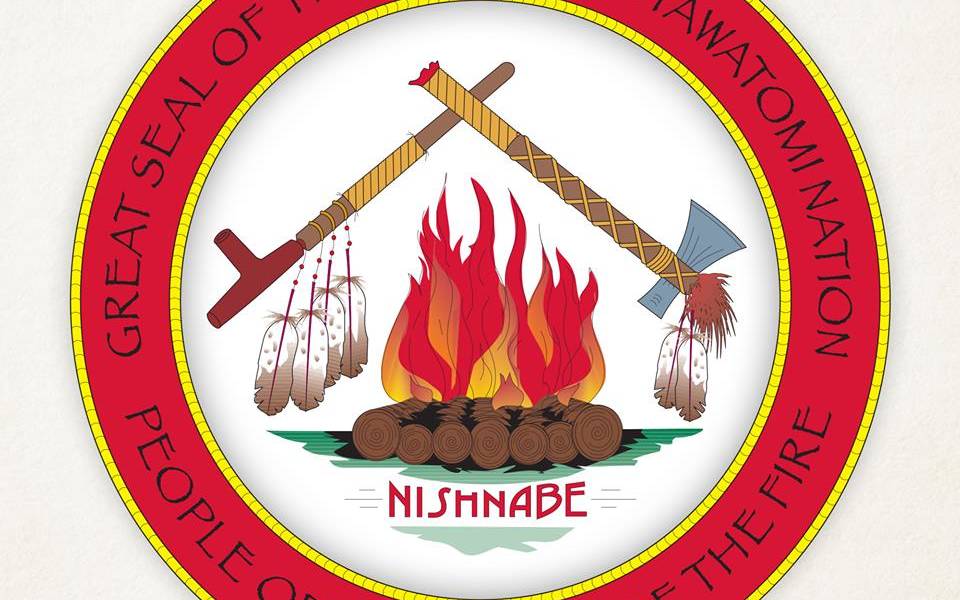 Details Likes
Historically, the Potawatomi were a powerful Great Lakes nation that controlled millions of acres in modern day Wisconsin, Michigan, Indiana, Illinois, and Ohio. One of the initial tribes to forge a business and kindred bond with the French, they controlled much of the 1700s northern fur trade. The Potawatomi fiercely resisted Anglo encroachment and were formidable opponents to the English and Americans.

Culturally and linguistically, the Potawatomi are connected to the Ojibwe and the Odawa, forming the Nishnabe (the Original People). This alliance is known as the Three Fires, in which each group functions to serve the Nishnabe as a whole. The word Potawatomi means "People of the Place of the Fire."

By the end of the 18th century, white settlements displaced tribal villages, ultimately ushering in the treaty era. Through these treaties, Potawatomi land was dramatically reduced in size. The 1830 Indian Removal Act forcibly moved the Potawatomi west of the Mississippi to a reservation in eastern Kansas.

In 1861, the Potawatomi signed a treaty with the United States, officially dividing the tribe. Treaty stipulations required its signers to surrender their tribal membership for U.S. citizenship. The signers wanted to sell portions of their land, while the other group (Prairie Band) desired to hold the land in common. These Potawatomi became the first American Indians granted citizenship, laying the foundation for the Citizen Potawatomi Nation. In 1867, the Citizen Potawatomi signed another treaty allowing tribal members to sell their allotments and use proceeds to purchase lands in Indian Territory, resettling around Shawnee.

Today, the Citizen Potawatomi Nation continues to preserve and perpetuate their legacy. The Cultural Heritage Center in Shawnee houses the Nation's museum, archives, tribal research and community facilities. The Center educates tribal members and the general public about historical and contemporary tribal issues. Reopened after renovations in 2018, museum exhibits include life-size dioramas, interactive displays, and contemporary and traditional objects.

Citizen Potawatomi Nation also operates the Eagle Aviary, a facility that houses injured eagles and cares for them the remainder of their lives. Visit to learn about current efforts to rescue endangered eagles, and how the Aviary honors the eagle’s religious sanctity in Potawatomi culture.